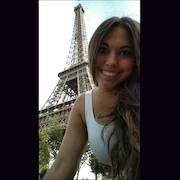 I am an undergraduate student at the University of Michigan – Flint majoring in biochemistry with a pre-medical concentration. I am currently working in the Banaszak Holl lab modifying the surface and dielectric properties of nanoparticles. In my free time, I enjoy playing musical instruments (such as the trumpet and the piano), learning foreign languages (Spanish, German, Portuguese, etc), playing with my dog Alex, and people watching at Walmart in Flint.

Lauren is chemistry major at Radford University.  She worked on nanoplastics in the environment as part of her summer 2017 NSF REU project in my group.  Lauren’s work was featured in congressional testimony in 2017 (starts around 1 h 33 min mark in attached link). 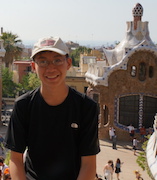 Nathan is an undergraduate student at the University of Michigan school of Engineering studying Materials Science and Engineering. He joined the lab in Fall 2016 and worked on finding compatible organic dielectric materials for use in industrial production purposes. In his free time, he enjoys listening to and performing music and has strong interest in physics.

Alexis was an undergraduate student at the University of Michigan studying Biochemistry with a minor in Latin. She joined the lab in Fall 2016 and worked on a project involving protein-ligand interaction and aggregation. She was a member of the women’s rowing team and enjoys exploring the outdoors in her free time.

Alexis is starting a four-year integrated MD/MPH dual degree at the University of Miami Miller School of Medicine in July 2020.

Carolina was an undergraduate student at the University of Michigan pursing a major in Materials Science and Engineering. She joined the lab in Winter 2016 and is used AFM and AFM-IR to study polymer-FA and polymer-MTX conjugates.

She is currently pursuing her PhD at the University of California – Santa Barbara in Tresa Pollock’s laboratory.